Hi, I’m creating beams that follow along the bottom surface of a plane that bends in every direction. This is based on a tutorial by Marcello Sgambelluri on Practical uses of Dynamo. 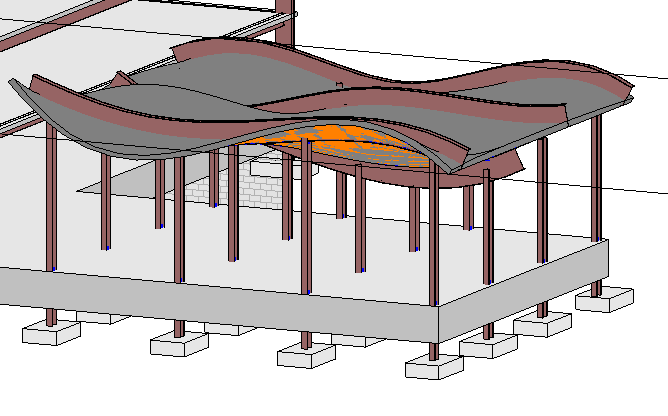 Unfortunately when I run the script, some of the beams are created on top of the roof and not below it. I used the StructuralFraming.BeamByCurve to create beams where the grids intersect the bottom roof plane. I used a Geometry.Intersect node to find the intersection between the grids and the roof. 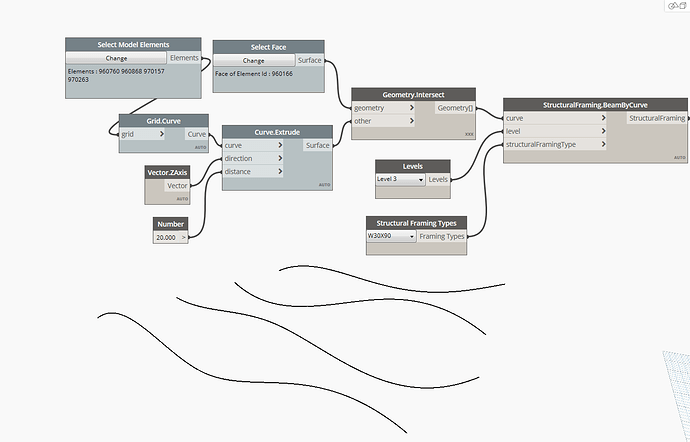 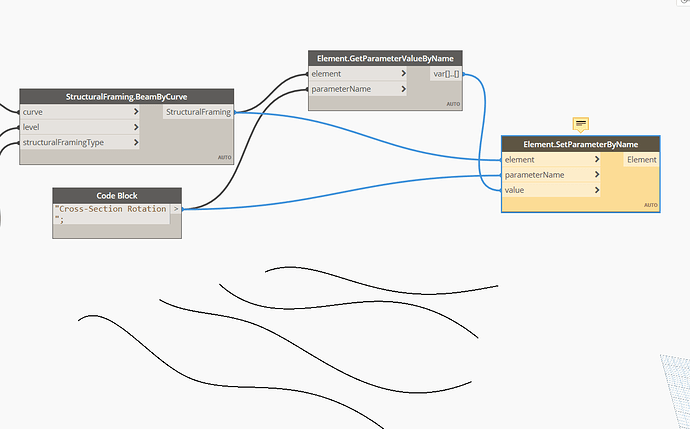 Thanks Marcello! Before I took your class I knew nothing about Dynamo or coding and I am excited by how much I have learned.

So I tried adding the SetParameterByName into the end of the script that creates the bent beams. Even thought the Cross-Section Rotation is set to 0 the beams have now all be rotated 90 degrees.

Oddly enough, the beams are oriented correctly at zero degrees if I run the script twice or if I run a SetParameter script independently. Do you have any idea why this is happening?

Great to hear my class got you started using dynamo

I think it’s a bug

The devs are working on it as I understand