Why doesn’t the unique items node work here or with the group by function node? (the 503.33333333 isn’t being culled) Does this have something to do with the repeating value? Is there any other error checking I can do to prevent this? 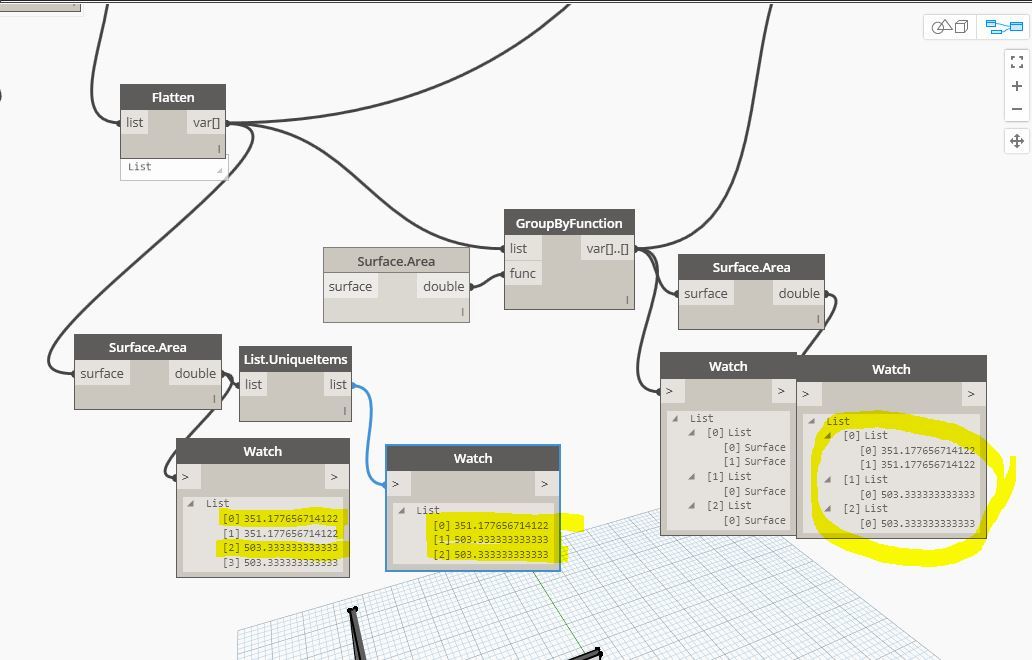 I think this is working correctly. You see 503.333333333 on the screen. But one value is likely 503.333333333332 and the other is actually 503.333333333331 - you just don’t that many digits on the screen. So they are unique - that’s why they are grouping into two separate groups instead of together. That said, if you were to put the values first through a String.FromObject, you might find that those would see only the digits shown and would be perceived as being the same.

This is the expected behavior because that just how computers work. In computing, floating-point arithmetic (FP) is arithmetic using formulaic representation of real numbers as an approximation to support a trade-off between range and precision. For this reason, floating-point computation is often found in systems which include very small and very large real numbers, which require fast processing times. A number is, in general, represented approximately to a fixed number of significant digits (the significand) and scaled using an exponent in some fixed base; th...

As an alternative to Ben’s solution, try rounding up your numbers instead. That way you won’t have to convert them back and forward to strings.