I have sorted parts by assembly, family, size. I want to renumber these parts.
Each Assembly will start at 1 and renumber all fitting, those that are the same family and size should be the same.

I know this is some combination for lacing or levels but I can’t quite figure it out.
I know I need to keep the first two list in the top level.
After that I have 6 list that contain 10 list combined. If I could get ride of the 6 lists and have just the 10 I think it would work. 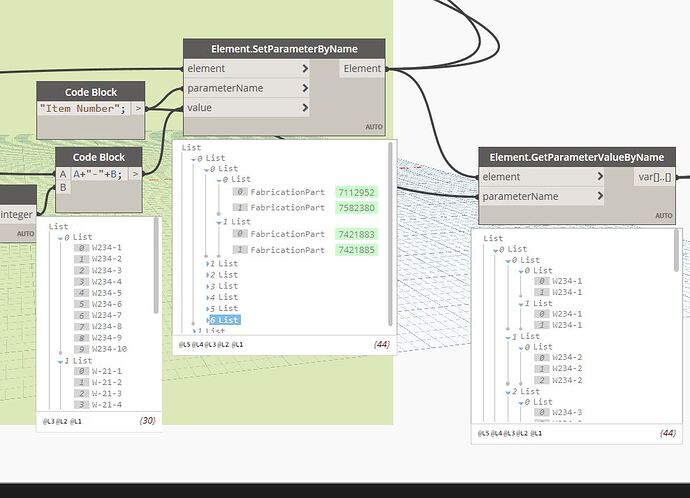 Your list structures don’t seem to match. If you look at your current output, the sequence is being applied to the L3 list instead of the L2 lists (which is what I think you’re after). You probably just need to flatten your lists out a bit, but it would be helpful if you showed us both inputs before the SetParameter node.

i think too complex

Yes I think lists are a bit mismatched but I’m not sure how to fix it. The output list on SetParameter looks the same as the input. 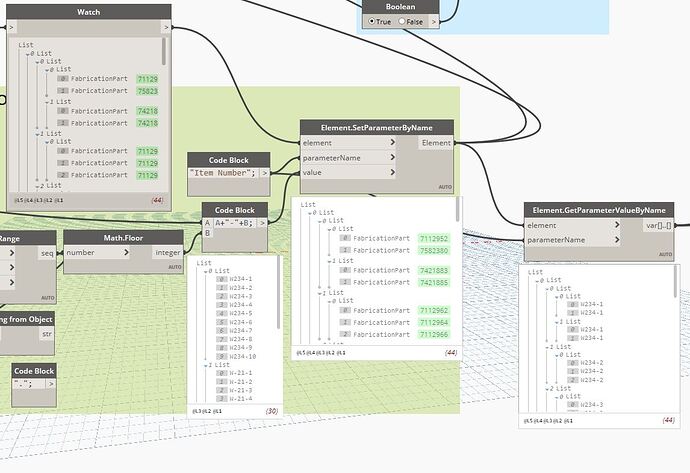 You need to flatten your list down to just the individual sublists that you are sequencing. 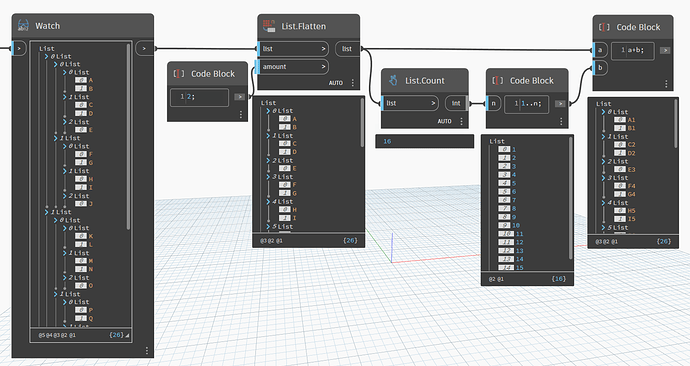 I figured it had to do with flattening it!
I want to keep the first two levels so that took a little to figure out: 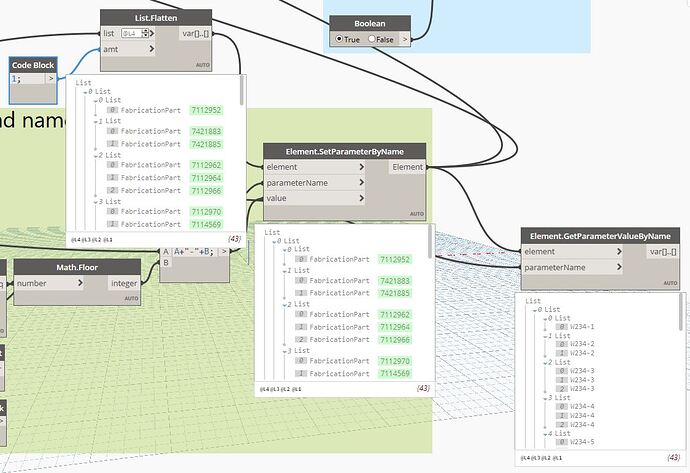