Any help will be greatly appreciated! 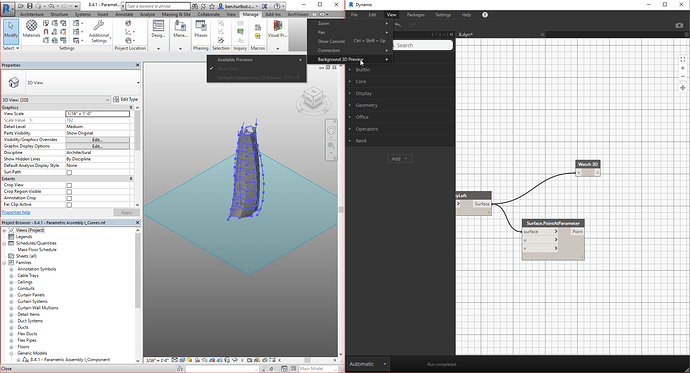 Your one step behind. Click on the “Available Preview”.

As you can see, the option is grayed out. Last time I accidentally captured the screenshot without showing that part.

Are you using dynamo studio?

No, this is Dynamo launched from within Revit 2017.

@ben.hurlbut.cg Is it possible for you to drop your dyn and rvt file?

It happens with every file. The one you see here is part of the tutorial series, but if i create a new dyn file with a blank rvt file, I get the same issue.

I have the same problem. After installed this version, graphics does not show up. Somehow for me, it works when I started Dynamo from Revit.

Has someone solved this? No preview available on Dynamo Studio 2017 on my laptop with Nvidia card

I solved the problem by updating to Dynamo Studio 2017.5 Via the Autodesk App