This seems like an easy problem, so maybe I’m overthinking it. I have a list of all project levels, and a list of levels that I want to mask out of the master list of levels. I’ve figured out how to do it, but I feel like there has to be a better way than my solution. The script I used below would need the user to manually add or deduct the level element, and then pair it with an IndexOf node, and then feed it into the list of indicies to remove… Seems counter intuitive.

I’m hoping there is a better way 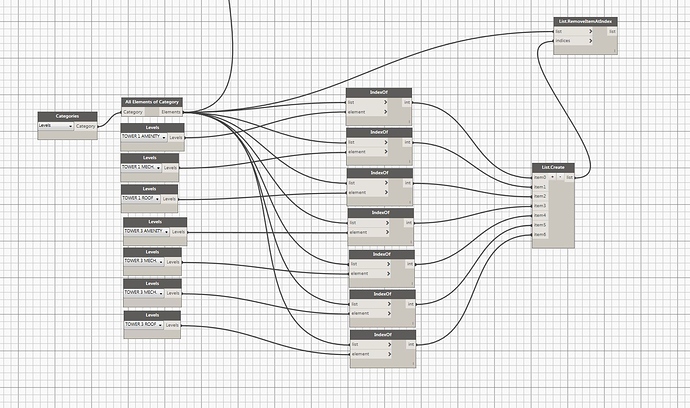 Hello, the answer could be there:

I know this is a variant of some other questions, but I’m new to this, and haven’t figured it out yet. I have list (imported from excel) of sheets I need to create - with sub-lists for sheet number, sheet name, and three custom parameters we need. From that, I can create the sheets by following any of several posted examples. But my script stops as soon as it gets to a sheet that already exists, so I want to filter my list of desired sheets to remove sheets that already exist. Creating the l…

If there’s a common characteristic by which you can filter the levels you want to remove, then you could just do a string contains and search for that common chararcteristic.
Otherwise to improve upon the workflow you already have: 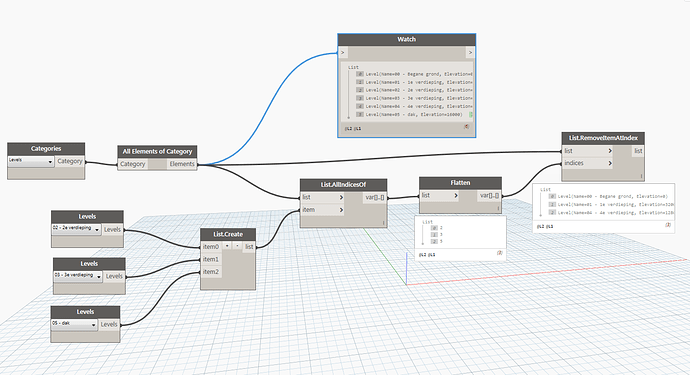