I think I am not first one who is aking this question here, but any way…
I have two list containing nested lists. I need to compare first level list between enach other, but in addition each element from first list with whole second list. Expected results wrote in code block highlighted in green. 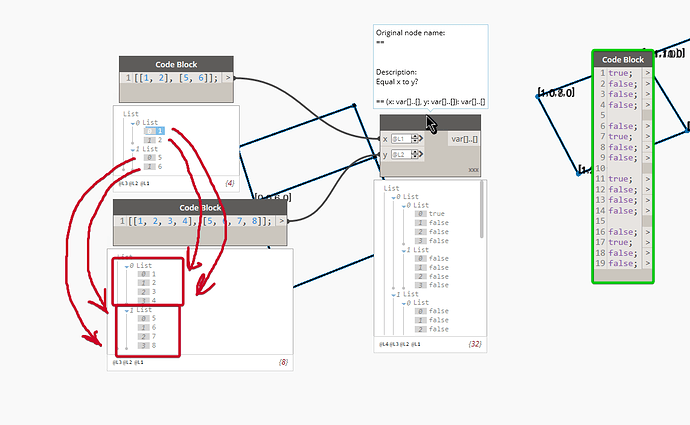 you could do that.

You could split the lists and do them separately.

Right, it also depends of number of input lists. Unfortunately, I can’t predict this number so I need some common solution.

You can split using a count…

So count the number of lists… split into that number…
Match each against each.

Hmmm… actually my idea is far easier using a bit of Python.

Do a count… then create a range from 0 to number… 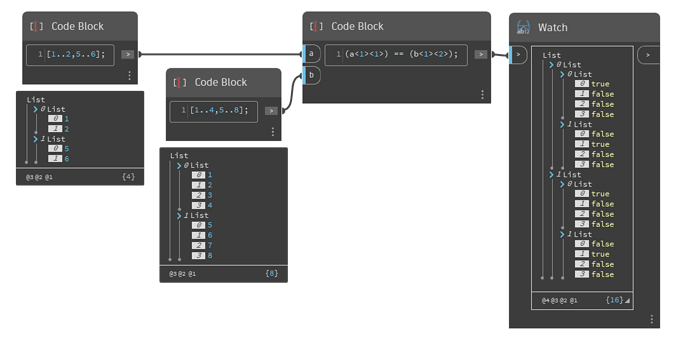 Hi, @Alien
As you propose I did a python script to handle this issue. Thank you for idea.