I wrote a Dynamo code for placing sleeves in intersection points, but I have to run the code 2 times, at the first time place families in the distance and when I press the Run button for the second time, families place in the correct location. Points are same.
First time Run: 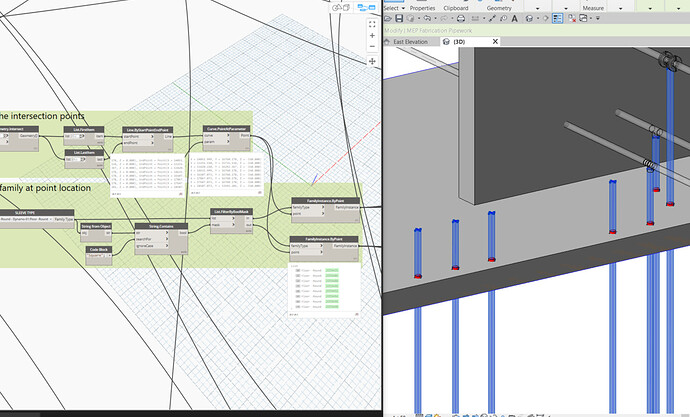 Can you post the dyn and maybe a sample revit file? Which version of Revit and Dynamo? Do you get any error messages on either run?

Have you tried to use the Passthrough node from Clockwork?
So you delay the second part of the script , until the first part have found the points?

I had the same problem placing panels
whch solve for me was using “Set location” node to move the elemente to the same point.

You can make your own “Passthrough” Node (actually the same as from Clockwork) with a Python Node.