How to assign slope to created floor

I have created floor by outlines but wanted to give some slope (1:50 or 0.02 both are same). But when I try to give slope by setting element parameters such as slope, it is giving me an error like slope is read only parameters. 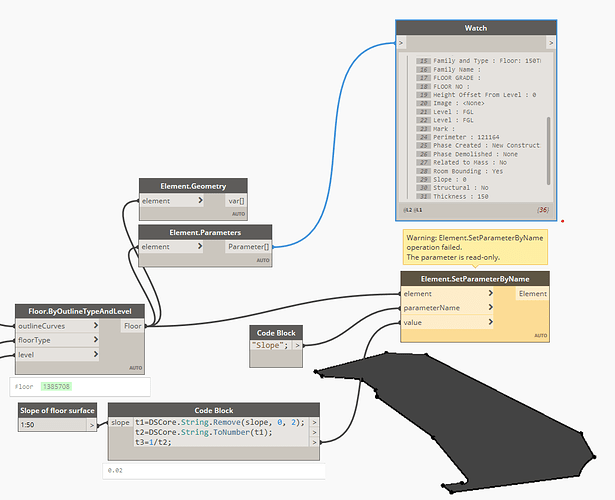 Dont think its possible,you could try make slope with your floor sketchline but not sure it will gonna work… but you can add floor points and move floorpoints

@shashank.baganeACM I suggest you check the following:

How to create Slab with slope in Revit use NewSlab method ()? Packages 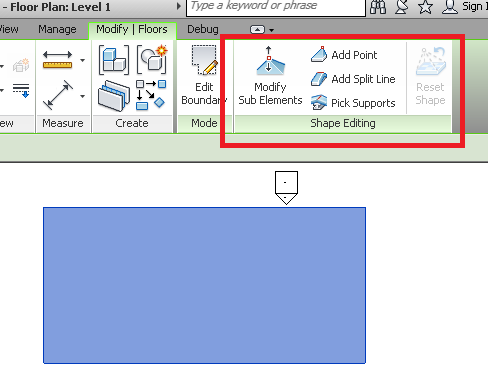 Today, let's look at an interesting and overdue topic raised by the query on creating a sloped floor in the Revit API discussion forum, addressed with help from Jaap van der Weide and Joe Ye.Before getting to that, let me quickly mention some other...

to get a sloped floor:

I am trying using python but I am not getting where went wrong. Can you please suggest me on this ?

Take a look at your warning…it expect curves !

@sovitek Even after feeding the curves to input node it gives me an error as below. 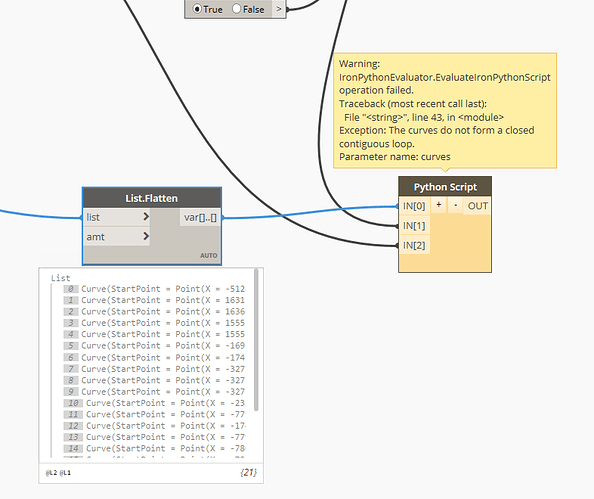 something here works for me…

PS…dont understand why you build your floor by modelscurve and then generate a floor, instead of just build the floor…just a thought 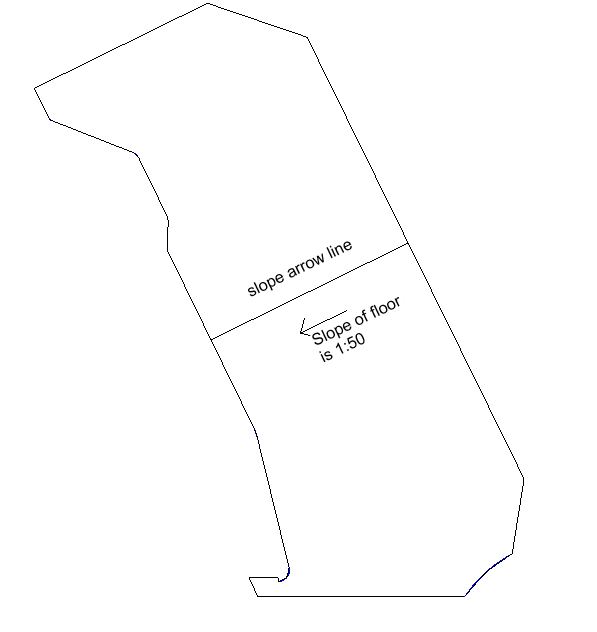 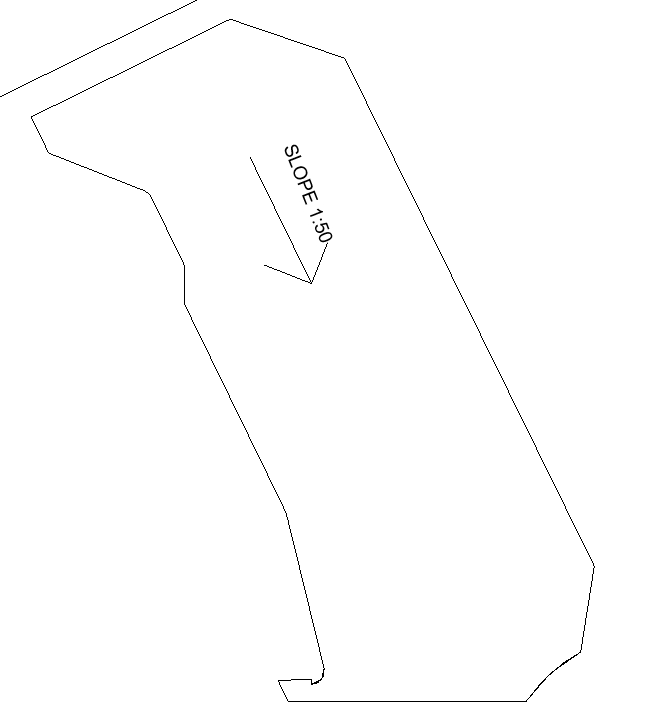 How to change the direction of sloping ? Please let me know

@shashank.baganeACM the line variable is getting the slope direction from the curve array, check which curve is parallel to the desired direction you want your slope and specify the right index: line = ca[1 or 2 or 3 or…]

Yes got it @Elie.Trad Thank you very much 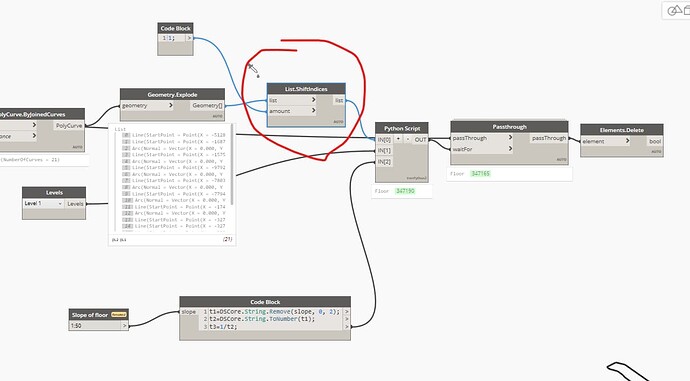 Got it @sovitek Thank you so much

Hi @sovitek If I want to have flexibility to select the line along which the slope is needed, like as shown 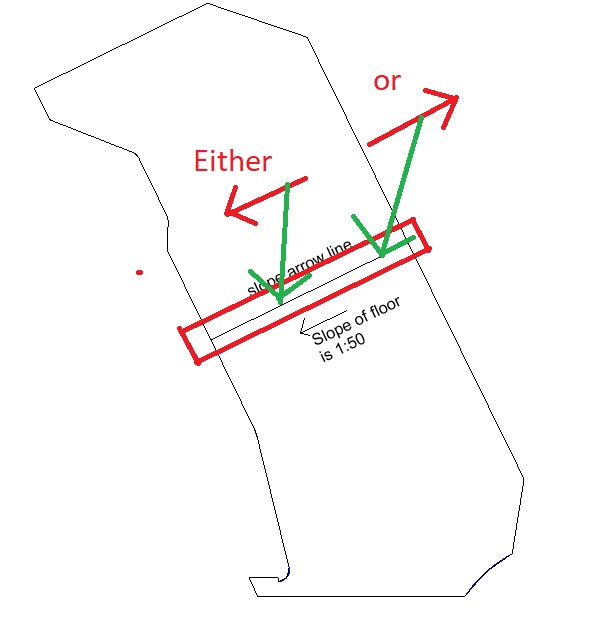 Either I want slope along the slope arrow direction then how to do that ? I am trying but added one input to take the reference of marked sloped arrow line and I am not getting how to assign slope along the line which we want.

The python script that I am trying to develop is 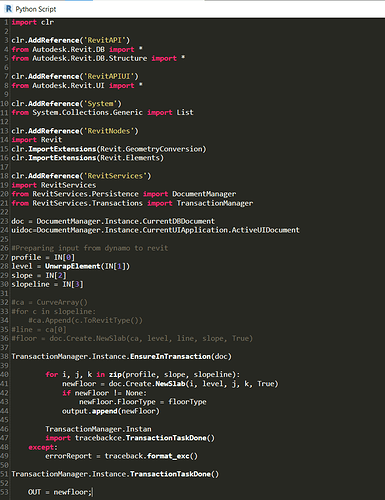 hello @shashank.baganeACM …i dont want edit the code…i would try with some intersecting and start the curve array from there…im not in revit at the moment i take a look later

Okay @sovitek Please let me know once you get the solution

Rather than picking an edge via list manipulation, it might be better to ask the user to specify a vector, as otherwise the floor could slope backwards (up instead of down), though along the right path. 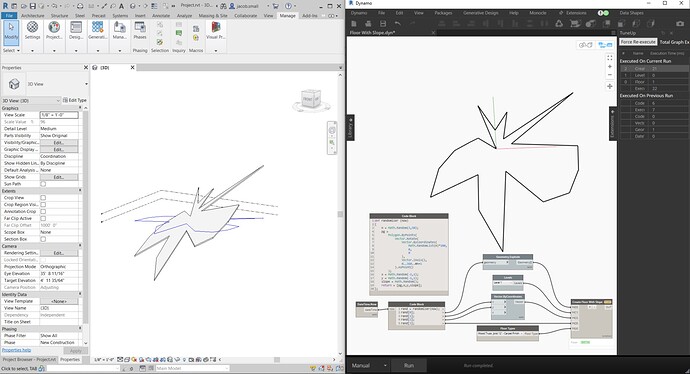 This does require manipulating the code to some extent, but it’s not to the point where you can’t recognize the initial concept.