Group is mirrored (or not)

I’d like to check whether a group is mirrored or not.

So I figured if I’m able to check a group’s orgin point I can check if it’s mirrored or not.
(the x-vector points to the right: not mirrored, the x-vector point to the left: mirrored).
But I can’t get that part - and perhaps it’s not the way to do so.
If I ask the coordinates, I get the absolute coordinates - not useful.

EDIT
Try (my first) python to do the trick.

Which doesn’t work. Grrr. who can help me figure this one out?

Sure Tom, but I guess even easier: see dyn file.

However my current error is due indent block.

(and if Mirrored is unavailable, can I get a group’s origin point to do the same? Because If a group is mirrored, the originpoint (example X-axis) is mirrored)

A point doesn’t have any axis values, you’re probably thinking of the element coordinate system, but it’s apparently not accessible for groups either.

Hi @3Pinter ,
I don’t have a bulletproof solution but just a suggestion…
You could get all members of the group, filter out all elements that aren’t FamilyInstances and then check wether the family instances are mirrored or not. This will only work if none of the families used in the group in the first place are mirrored.

You actually need to only find the first family instance in each group instance and compare their Mirrored properties. Doesn’t matter if the original family instance was mirrored or not. If you have a model group that only contains system families you are obviously #*$&ed.

Here is what you could get with Element.LocalCoordinateSystem (BIM4Struc) but it’s certainly not enough in itself to solve the issue:

Very clever @Andreas_Dieckmann
so here’s a revised version of my previous post:

While I’m testing your thoughts / ideas, I see your post @Mostafa_El_Ayoubi.

Trying that one too as well now!

Not sure that would work… If a group is rotated (without mirroring) you wouldn’t get the same values.

That’s correct, I thought the rotation could have been evaluated but I can’t see how indeed. Thanks for your answer

Extra info: the methods concerning groups could be enhanced by a new functionality in Revit 2018: 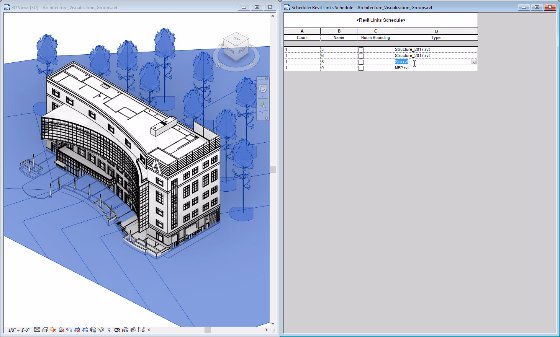 Available schedule categories have now been expanded to include Model Groups and RVT Links. This functionality makes it possible to create detailed lists of all the groups and links in a project

No tv yesterday. I had to fiddle with this script of yours @Mostafa_El_Ayoubi!
Establishing a base (what is the non-mirrored version) is what I was missing.

Since I needed this to be a bit more robust, I wrote a slightly different version which also checks for the following:

File can be downloaded here:
https://raw.githubusercontent.com/andydandy74/ClockworkForDynamo/master/nodes/1.x/Group.IsMirrored.dyf

Does is matter if a group has excluded members?

Btw: I like the flexibility of defining an original as base because in my cause it’s applicable for all of my selected groups.
Since the selected groups are build in the same way, I can use my defined original group for all of the other groups, eventhough their name is different.

Agreed @Andreas_Dieckmann , that does matter indeed.

So if in group
curtain wall with custom family instance’s (so non system panel, let’s say a window)
door with shared families

I consider the list-level of elements in that group as:
L1, L2

Now, the possiblity exists that the nested window1 is checked. But that’s kinda risky.

So, how to tweak this? Kinda stuggling to get it working

(in my case I can trigger by name if needed)