Hi all!
I am having issues with previewing geometry for a generative study I ran.
I also don’t get any values from the outputs, even though I ran the script and don’t have any errors in dynamo.
Any ideas on what to look for as I debug things? Did anyone encounter a similar problem?
Much appreciated! 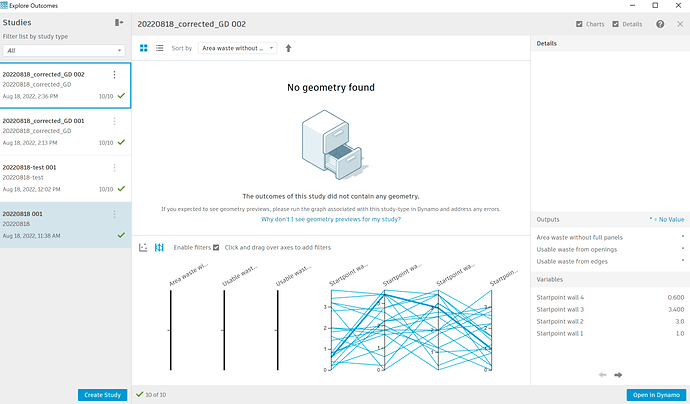 What does it look like when Ran in Sandbox?

Also check that all the dependencies are in the graphy’s dependency folder (should be a folder called graphName.Dependencies / in the same folder as your graph. If there is a custom node used in the graph that isn’t present in that folder you can get results like this.

Thanks for your reply. I can’t run it on Sandbox for a whole other reason (currently working on getting GD in sandbox to try it again). 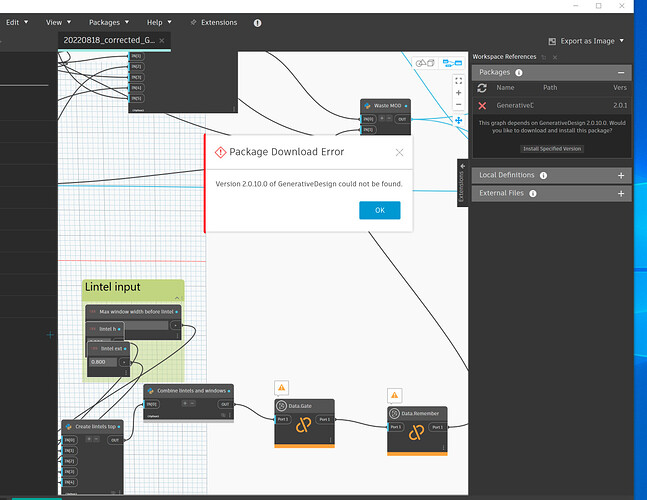 The only custom nodes are mine made with python, do I need to do any extra step with those?
Thanks for advising.

If you’re using Python 2, you’d need the IronPython package as a start. Beyond that, if the Python nodes have any reference to the Revit API they’ll only produce null, which will result in the error you’re seeing.

Basically all calculations needed for generative design to run have to be able to execute in sandbox - as this is what Generative Design sees. So static variables (the stuff in the remember nodes), the dynamic variables (sliders), the design generation, and the design evaluation should all happen in the sandbox environment.

Thank you, Jacob.
I installed the generative design Package in Dynamo Sandbox. I also converted all my nodes to Python 3 with the conversion assistant.
I am still one issue in sandbox: It doesn’t find packages that I thought where included? See attached screenshot of missing packages.
I also tried running the study in dynamo and I have the issue that it only generates one design solution and therefore only generates one output. It seems that it is not iterating through the sliders I set as input (see second screenshot). Any ideas on why this is?
Thanks for your help. 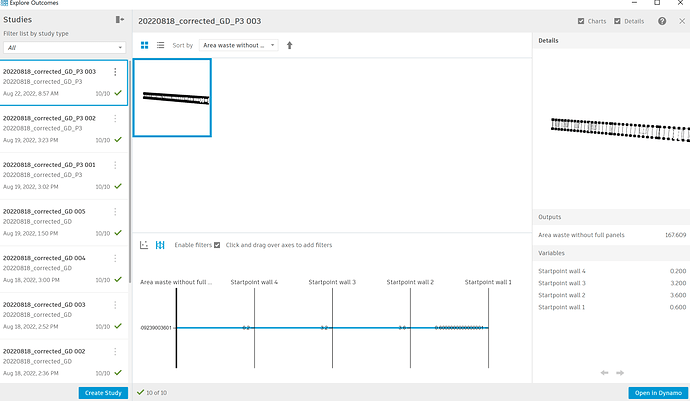 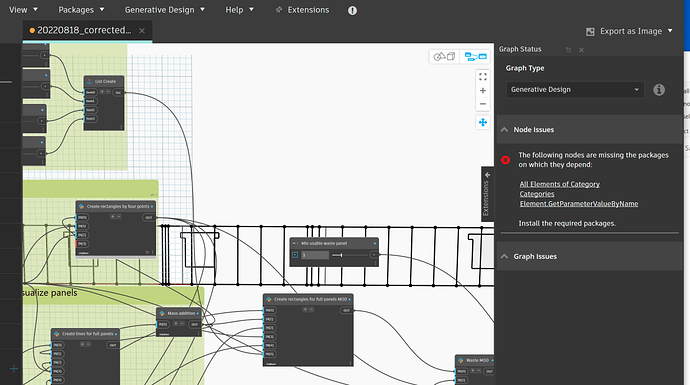 Another thing that I tried: I deleted all the Revit interacting nodes and left those as list inputs with all the data needed for the study. I rerun the study in dynamo sandbox and still am getting the same error (generative design only outputs single design, as shown in screenshot).
Finally, I also tried only having a SINGLE variable as input because the issue is apparently with the input sliders?. I had the same result: a single design as opposed to multiple.
The new issue appears to be: generative design in dynamo is not iterating through different variables, and thus, output is a single design. 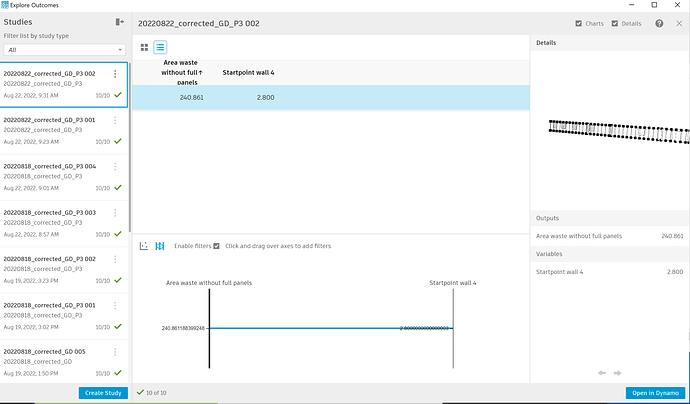 Hmmm… are you trying to minimize values? And if so, are there possible slider combinations which return a null in Dynamo Sandbox?

It winds up being really hard to get smaller than nothing, and so if Generative Design is told to find a minimal value and stumbles into a combination which produces null outputs you’ll get results like this.

I started a new post since the issue now is different - Following with our exchange with @JacobSmall The issue I have is that the generative design component is not iterating through the different variables and thus, the output is a single design solution as opposed to several. When manually changing the sliders, the script runs fine. I even checked ALL the values for each slider to make sure I didn’t have any error. I am testing all this in Dynamo Sandbox. No issues found in the script. -I …