I am working on a graph to get the locations of a number of elements into a spreadsheet - seems simple. An element.get location node grabs all the locations, and then point.x, point.y and point.z nodes pull out the separate X Y and Z values.

But what I am seeing is that the point.x and point.y elements give me the values that were listed by the element.get location node, but the point.z node is returning different values.

I thought that maybe I needed to transpose everything, based on some difference between origin point and project base point.
But, the Z values are all 0 from the element.get location, and they vary in the results of the point.z. If it were a transpose issue, it seems like they would all move the same amount. 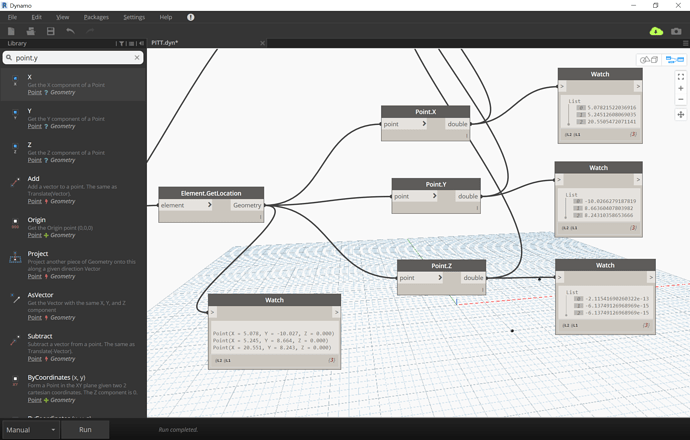 One other thing; they’re just the watch windows to help visualise the value, not a true representation of the values; both the Point.Z and GetLocation nodes are returning the exact same value.

Consultants in Acoustics, AV, IT & Security