I’m working my way through the dynamo primer again and I am running into an unexpected result while going through the exercise example. I’ve compare my code block to the primer’s example but I do not get the same results. What am I missing or doing wrong? Please reference the screen shots below. The first is from the primer, the 2nd is my attempted replication end result. 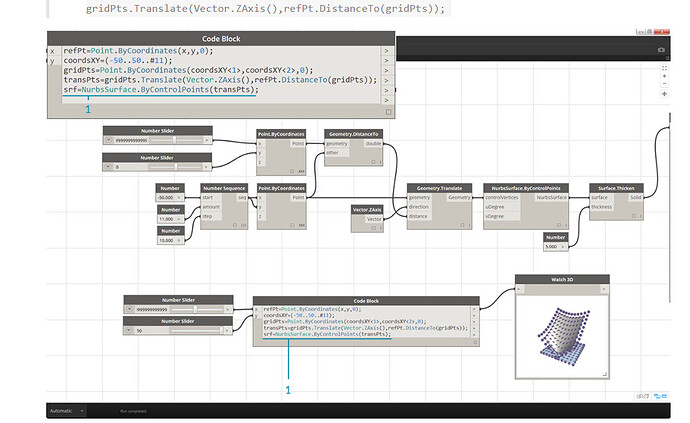 Quick update, I moved on through the primer to the Code to node portion and followed the steps for the code to node which gave me a hint to one of the issues. The “Vector.ZAxis” needed the “Autodesk.” to fix one of the lines of syntax from the example. See the screenshot below.

The first word should be ‘refPt’ not ‘refPT’ (capital T)

Thank you, go figure a simple mistake was hard for me to find at the end of the day.