I am newer to dynamo and have been working on helping create model cleaning tools for projects.

Currently I am working on a script that displays a list of all rooms areas and then creates a list of element ids, room names and areas to be removed under the condition that area != a number.

My issue is the display of the lists when it comes to the strings for “Not Placed”, “Redundant” etc… (see picture below)

Does anyone have any thoughts on why the list displays in a poor manner?

I am trying to keep it simple in appearance to not scare anyone with what should be a simple tool. 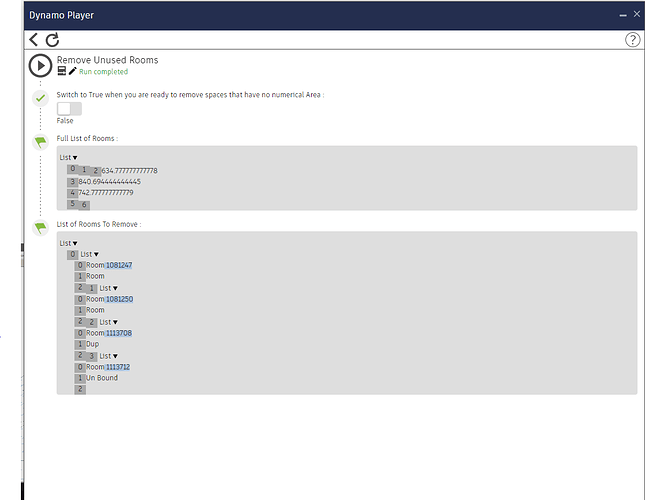 My guess: there is an issue with inconsistent list structures. See what happens if you convert all the objects to strings, and then use a string.join node with a separator along the lines of " : " so that it’s clear you’re presenting many fields as a single value, then flatten your list.

Thanks Jacob! It was the inconsistent list structures. A few To Doubles nodes and it is clear which rooms in the list are duplicates and unbounded. 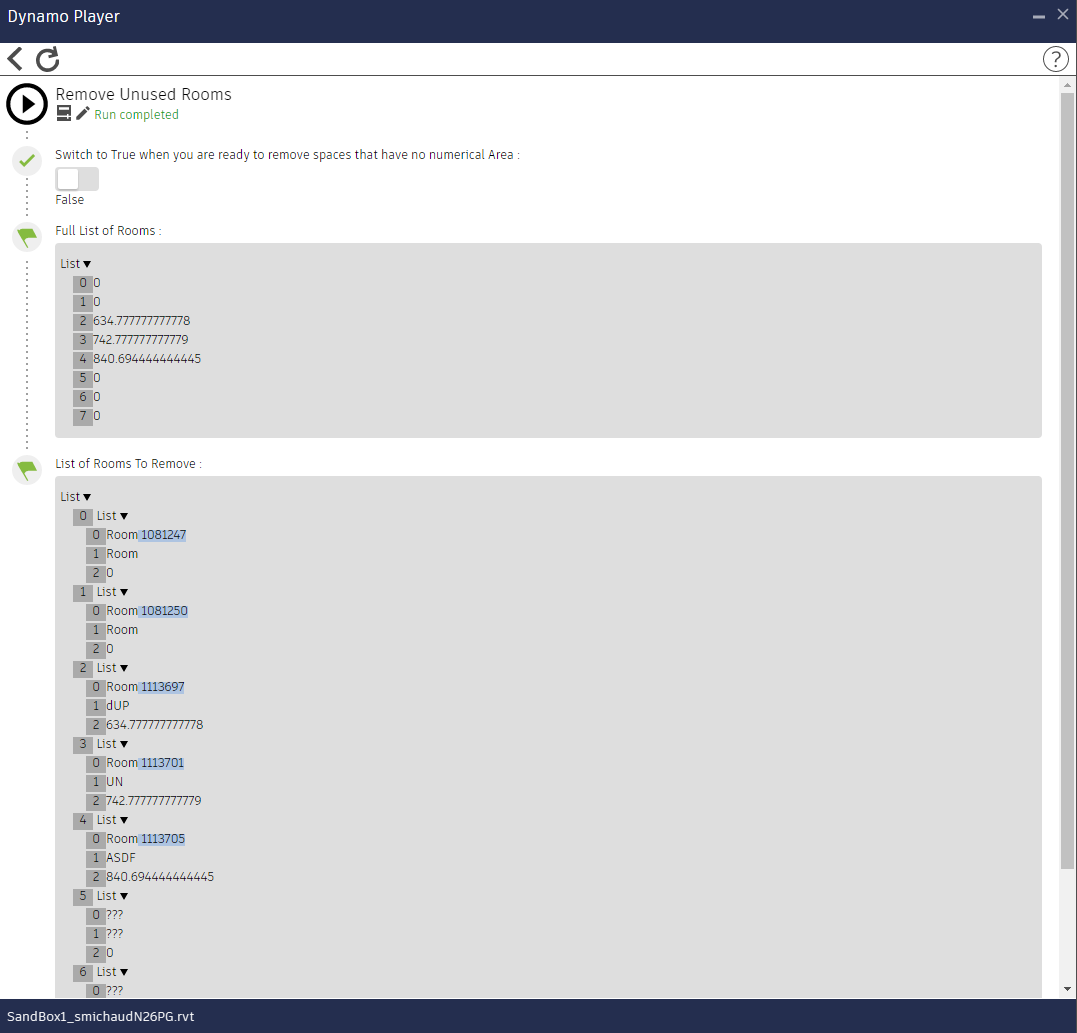 I would also suggest you investigate the Data-Shapes package if you are doing User Interfaced actions. It is much simpler than the native Player.

Thanks,
I will check it out!

Just be sure to mark the solution so others can find it should they have the same problem.