I’ve a list of elements, based on the element name I want to filter out dynamic list of strings. Now its just 2 string, but in the future its also possible that this will be more.

When I do this with the node string contains I got only the result for the value ‘isolatie’. I could of course do cross product, but then I’ve to combine the number of nested lists into 1 list.

So I was thinking to do a python script. But I don’t know what I’m doing wrong here. Can someone help me with this? Thanks in advance! 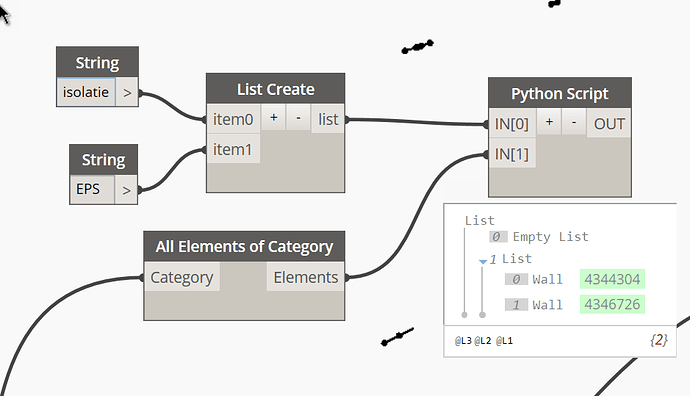 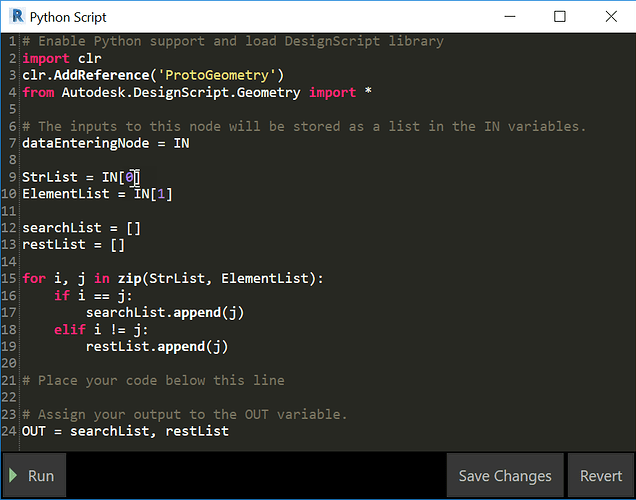 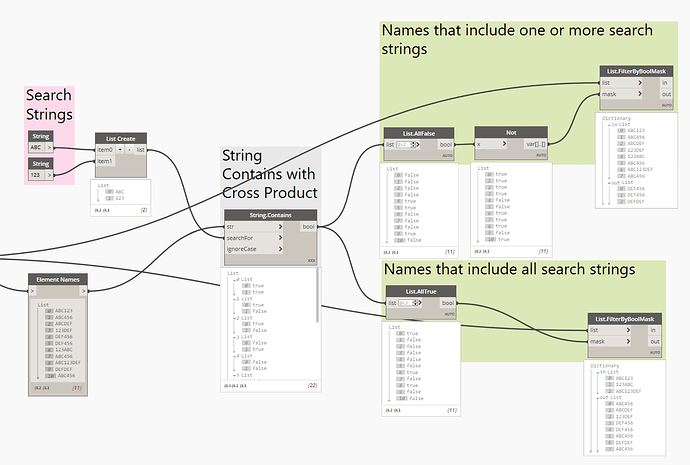 In the Python node, there’s a few issues:

thanks for the reply, but you’re going a little fast here. What you’re saying is that I need to do a nested loop, right? Something like this? 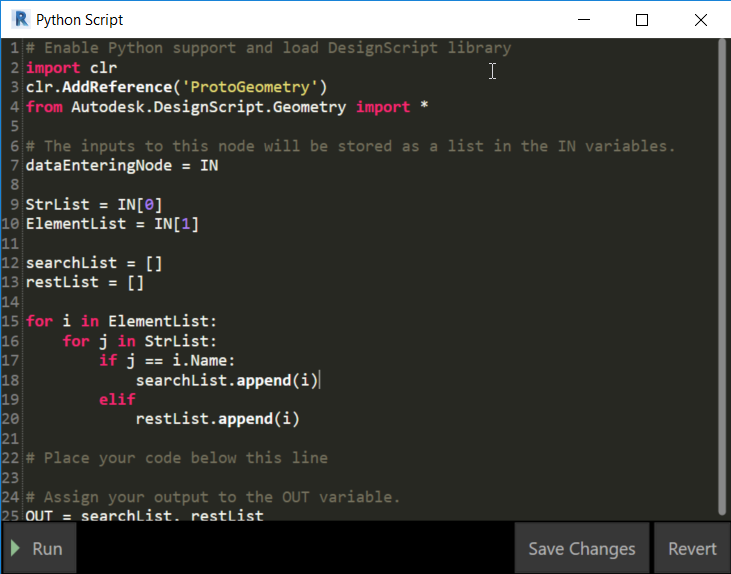 About the == operator, I’m comparing the i.Name (the name of the element - datatype: string (right?)) with the search string(s), right? I don’t understand what you mean with if searchString in elemName. Should ‘if’ not be ‘for’? Or can you do a if statement like this?!

Sorry for this, I’m quite new with python. Thanks for your help!

I glossed quickly over the Python code because I thought the node-only solution did what you needed but happy to expand the Python option. Assuming you want elements that meet one or more of the search string tests then how about this: 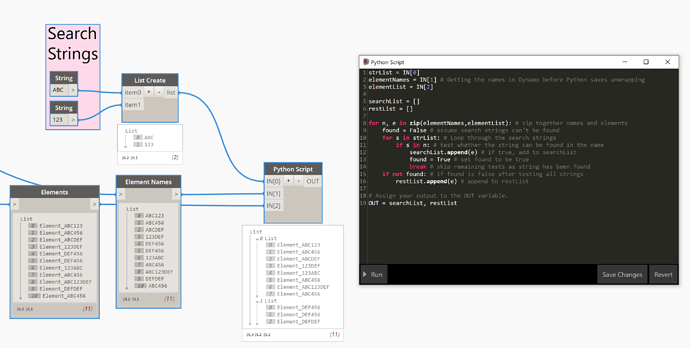 You could get the element names within the Python node, but to save unwrapping the Revit elements I have assumed you get the name outside of Python and feed it into IN[1], with the actual elements in IN[2]. I’m working with Sandbox here so I’ve mocked up elements as strings but the Python code is the same.

If you wanted to find only elements where the name contained all search strings then you could use this code instead: 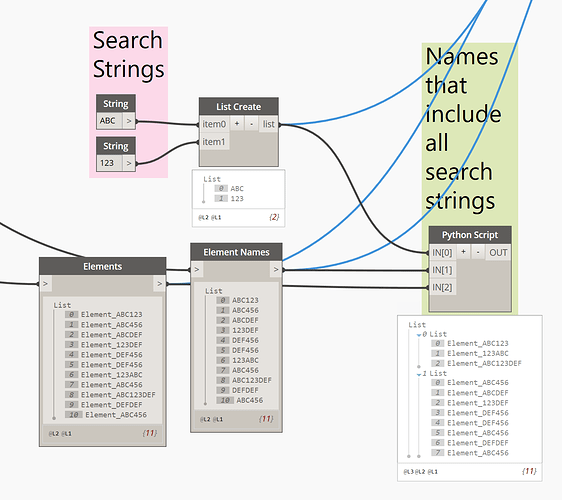