EDIT: i found a new possible way perhaps. Jump to post 21 for that 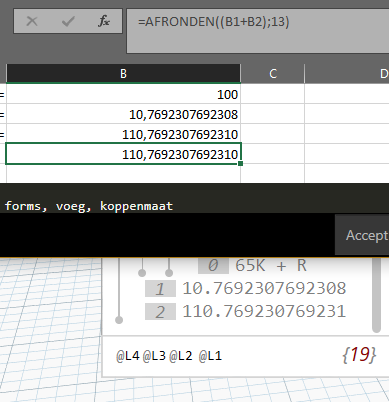 My Excel is dutch =AFRONDEN() means =ROUND()

maybe someone can help me or explain why this happens?

If you look at the amount of digits that are displayed this should help to identify the issue.

Yeah, for some reason 15 digits is the default. but this way it makes an calculation error

here i see its possible to exceed the limit to 17 digits: https://docs.microsoft.com/en-us/dotnet/api/system.double.tostring?redirectedfrom=MSDN&view=netframework-4.7.2#System_Double_ToString_System_String_

but i dont know if this is adaptable in python and if so, how?

I haven’t seen your python code so i cannot comment about it, but have you tried just adding .ToString() to the end of where the number is set to see what the outcome is?

I am unsure if the additional areas of what you have indicated can be added within the () for the tostring method, but you could try and see?

It looks like, even though Dynamo is only displaying 15 digits, it is storing the float with full accuracy. See below: 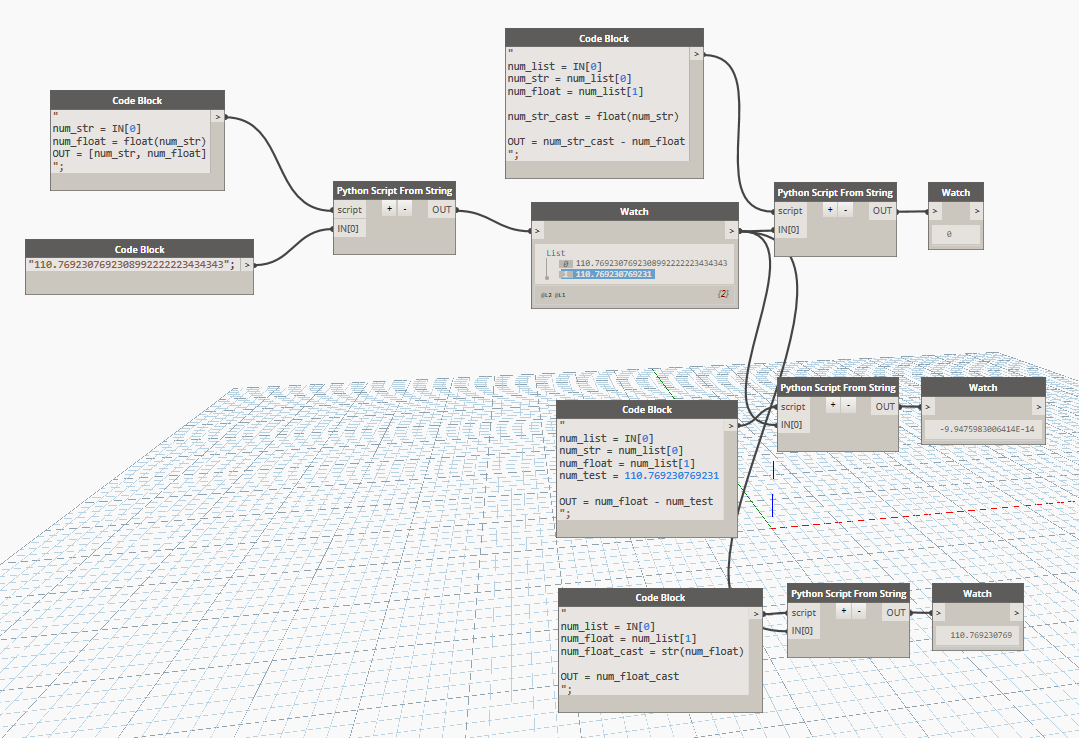 you are running into the limits of double precision floating pt numbers:

Double-precision floating-point format is a computer number format, usually occupying 64 bits in computer memory; it represents a wide dynamic range of numeric values by using a floating radix point. Floating point is used to represent fractional values, or when a wider range is needed than is provided by fixed point (of the same bit width), even if at the cost of precision. Double precision may be chosen when the range or precision of single precision would be insufficient. In the IEEE 754-200...

if you need more precision you will have to look into arbitrary precision numbers and math libraries.

@Kulkul that looks good! would it be possible to also calculate with it?

@kennyb6 made me this working code:

and because of the rounding somewhere in python it always gives me the else case instead of elif.

@Mostafa_El_Ayoubi we currently use the Data Shapes package to input number value’s (which always works if they are readable numbers)
would it be possible to let the user give the division? 700/65 is alot easyer than 10.7692307692308

would it be possible to also calculate with it?

Yes! Could you describe more what you want to calculate.

@kulkul i think the link in my last post was the best description. Also the script works, it Just seems not precise enough in case the user inputs alot decimals. In the example in the picture below it works (its calculating the dimension.below value based on dimension value)

if it automaticly rounds the outcome of (value 1 + value 2) for me, i get wrong outcomes.

Excuse me if i’m being stupid, but your number is going off to infinity…

So there has to be rounding?

I’m probably misunderstanding… But I tried to suggest (badly) in the previous thread, that it’s surprisingly hard to establish from the calculating values whether a calculated number will be correct to a specific decimal place.

My experience with your method is that it works for 99% of cases. I showed a graph which instead works off the calculated values, finds the surrounding correct numbers and compares them.

Apologies if I’ve gone off on a tangent. 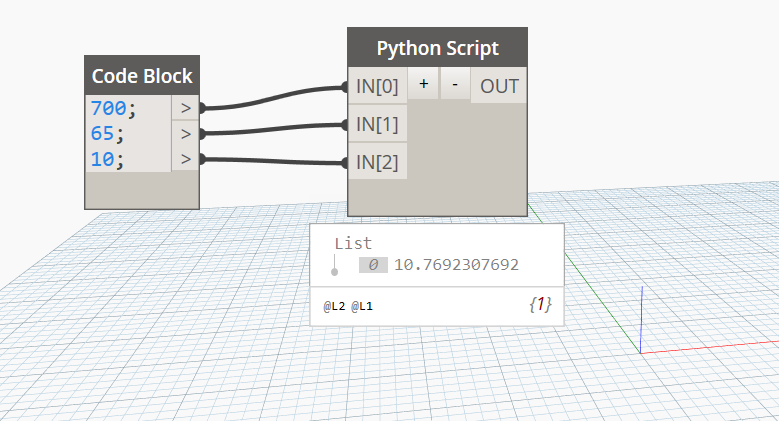 @Kulkul no exactly, i ll give an example of what i m trying to achieve: 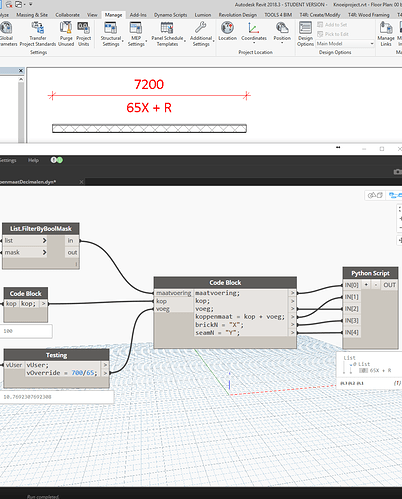 please read the link I posted above. double precision math is not arbitrarily precise.
The key quote is:

Yes, i was allready affraid but hoped for a work around…

The next piece of code by @kennyb6 works on whole numbers, i’m trying to adapt it to make it work with decimal numbers to. Python Dimension.Below = calculated value based on actual Dimension value(Maths)
at first i thought it wasnt possible, but now i got a ‘breakthrough’

The piece of code that i m trying to adapt:

Currently i m feeding it a single string. it needs some changes to work with dim values i think, i just dont know what to change. any help is greatly appreciated! 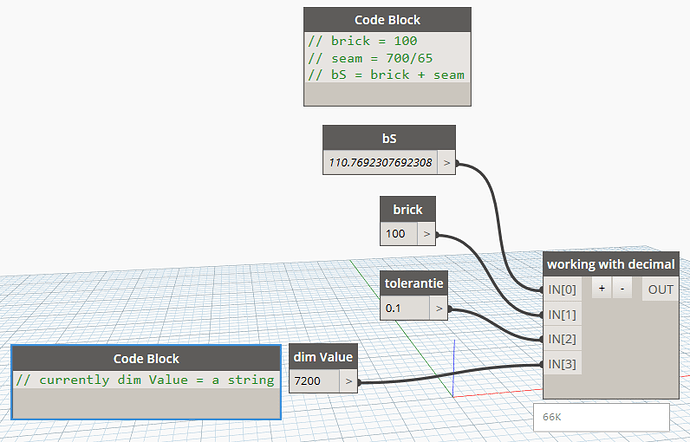 if i m not clear please let me know, i find it hard to explain this kind of stuf

but if so, i ll try harder