Hi!
I can’t create new slab edges. Why? I am realy need help

I am using this methods

This is all script with warning 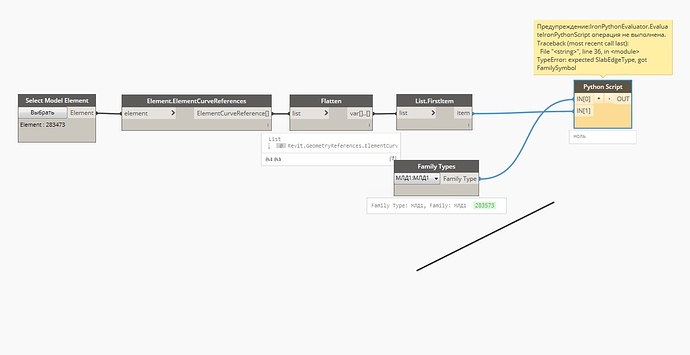 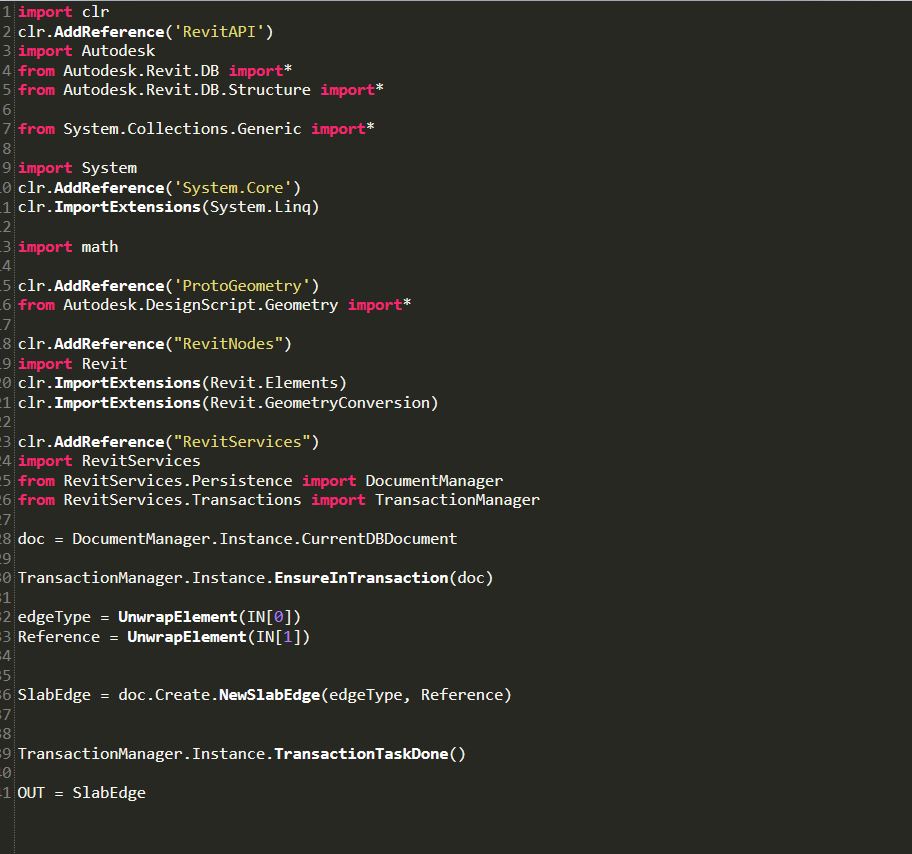 Thank you so much!!! This is working) I am stupid)

So I’ve built the graph, and copied the code…but for some reason, I don’t have SlabEdgeTypes in my model…even though I have modelled many slab edges. 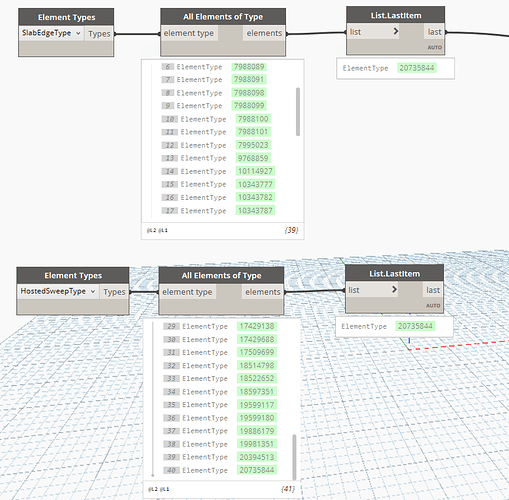 If I run the same script in 2019 and 2021 on essentially the same model, then you can see in 2019 that the object type is UnknownElement which I think means there wasn’t a wrapper for that kind of element in Dynamo at the time. By 2021 then its objecttype is ElementType which means there is a wrapper. Ultimately they perform the same when used in the Python script, but you can narrow down by using Element.Name to give you the type name to aid selection. 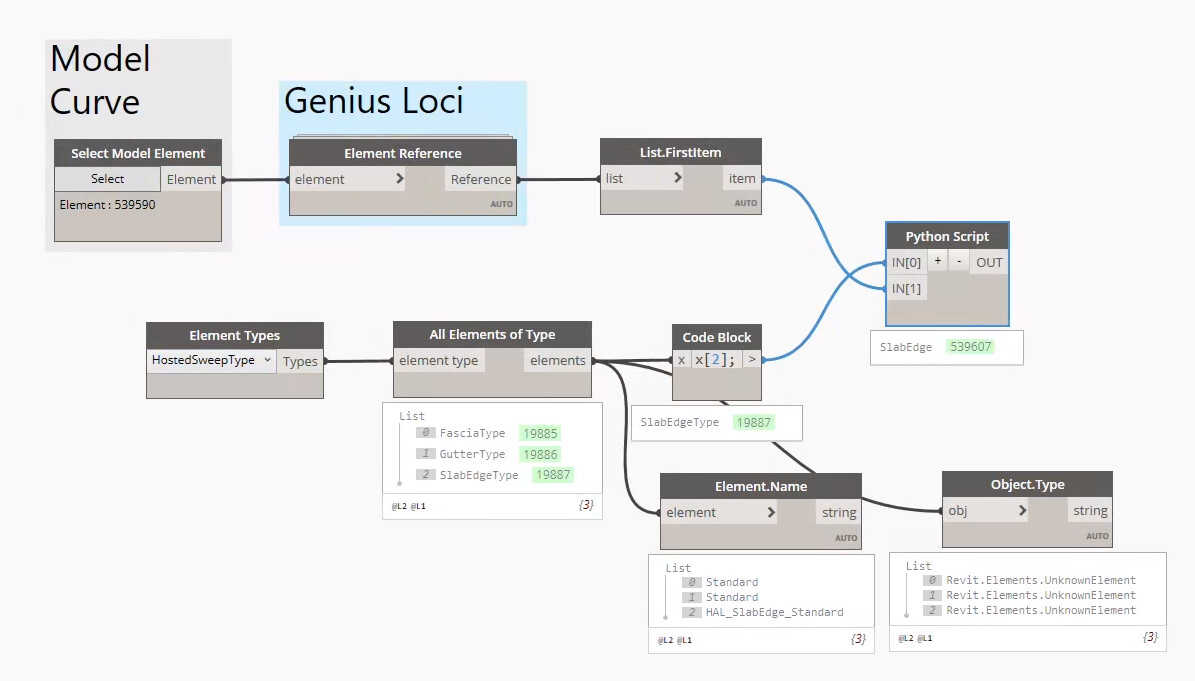 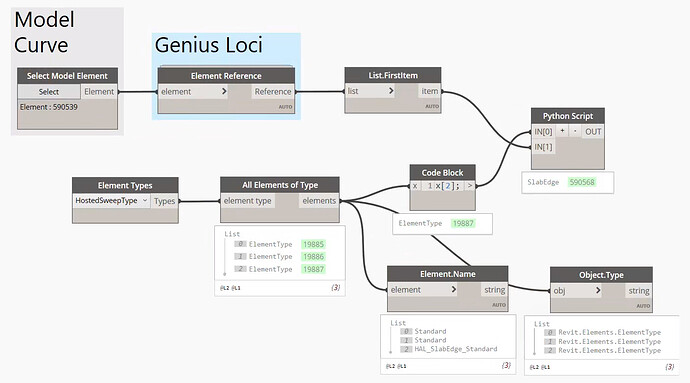 Something wasn’t working right, and I removed the “unwrap” in the python block while trying to trouble-shoot the issue. I’ll check it out later!

So I unwrapped bothe the ElementType and my References…but now it says that it is expecting a referencearray and got list. As I undertsand in “programming-speak” an array is a list.

So how do I convert the list to a ReferenceArray?

I’ve been tinkering for the last 20 min. and have moved no closer to a solution.

The python code is expecting a single Reference, not a list of References. It depends how you have adapted the graph but assuming you want to apply it to multiple curve References input into IN[1], then the code needs to be adapted to loop over list, e.g.

That almost got me what I needed!

I looked up ReferenceArray in the Revit API, but I don’t know how to use it in the code…or better said, how to create a reference array and append items to it.

In my mind, I should be able to write something like:
RA = ReferenceArray
for Reference in IN[1]:
Append(RA)

The adjustment to the script you made allowed me to create individual elements for each model curve, but I was hoping I could create a single slab edge using multiple curves, instead of one segment-element per curve.

I am trying to keep my model-element count down…working on a very large project and modeling the insulation-layer at the facade and slab-edge interface.

I’m not sure about constructing a ReferenceArray, but (assuming you want to apply to whole floors) you could use Genius Loci’s Compound Edges References to get the Horizontal References and then iterate through those in Python (same script as last reply above) 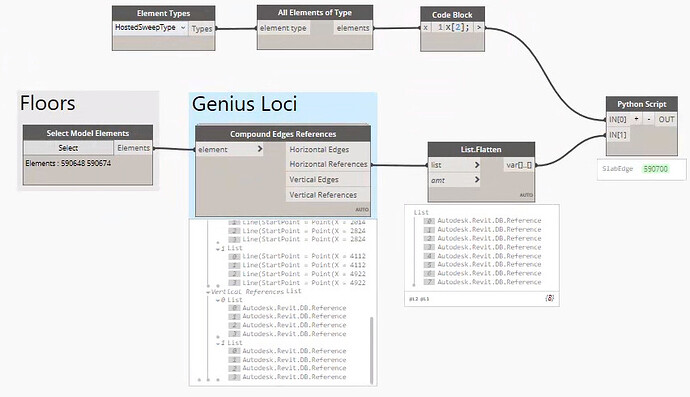 Unfortunately, that will essentially get me the same result. I am actually hosting the slab-edges to model curves.

I will ask in the main forum. Thanks for all of your help so far!