I’d like to use the Tab character to split up a string with the String.Split node
How to I pass in a Tab?
I tried a Code Block with chr(9); but Dynamo doesn’t accept that.

I guess I need a CR/LF, too.
Using FileSystem.ReadText doesn’t return a list of strings. It’s just one big long string

How are you receiving the data? If it’s a .tsv file you could use the csv module in python, specifying the tab character as your delimiter.

/n does something really weird and /t doesn’t do anything, same result with forward or backslashes 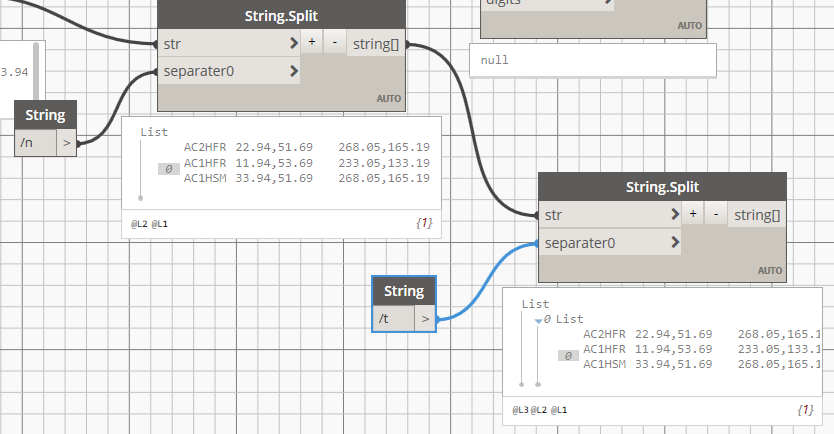 With enough hints, I finally got something to work! 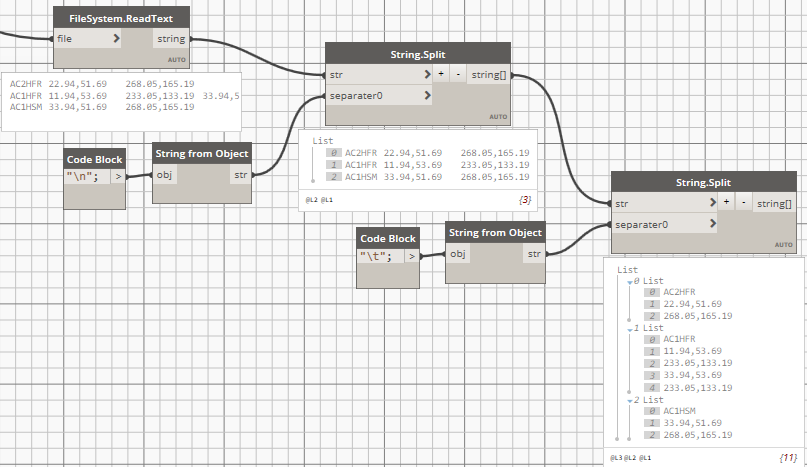