The Spaces don’t intersect the windows, so i did increase its solid, but the problem that its going to be a solid and i cannot use “Elements in Space” node (Archi-lab_Grimshaw package).

(I could make it work with the bounding box of the solid, but the “BoundingBox.Intersection” node is not working correctly. It intersects elements that are not even in the bounding box)

Thank you, for your time. 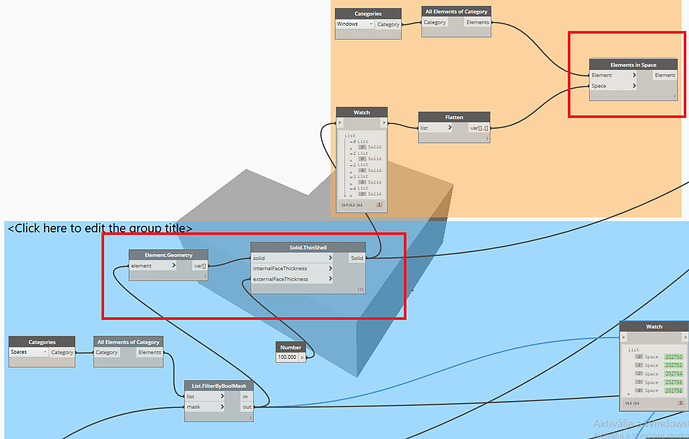 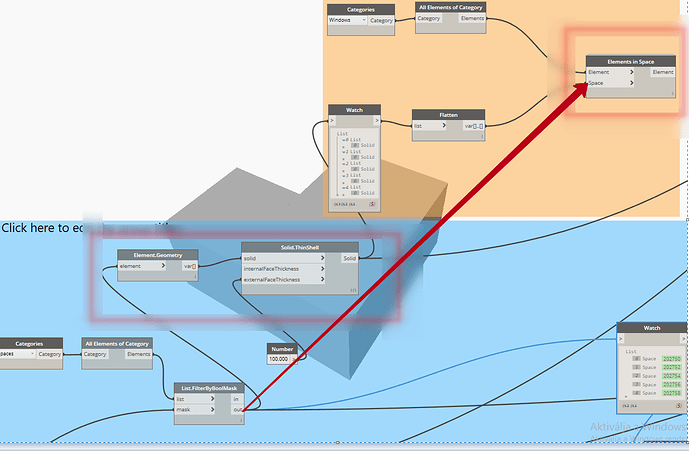 Is there a custom node called “Elements in Solid” node outthere?

Is there a custom node called “Elements in Solid” node outthere?

I just tested with one space it gives result as expected.

It is not going to work with windows.

In that case you should look into “Element.IntersectsSolid” from BimorphNodes package. Hope it Helps!

This is what i was looking for!

Thank you for your patience!

Rebuilding geometry can be rather ineffective for processing, so I thought I’d offer up an alternative workflow here:

I’ll give a it a try but, does it work with spaces too? Thx for the help

Just tested. No it does not. However the revit API does allow for the method Space.IsPointInSpace which functions the same way as the room. Look into building some python around the Space method, which you can see the inputs and such for here: