Am I missing something? Thanks… 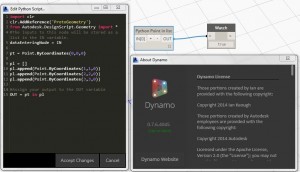 Same result with the Code Block

That looks a lot like a bug. The built-in “Contains” command works however: 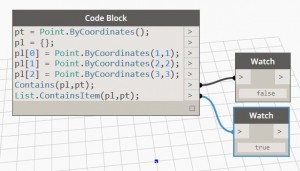 Is it possible to call that built-in Contains from Python? 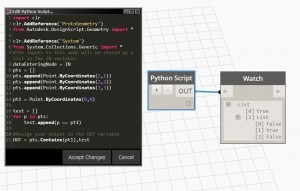 At that point I iterated through the list and it seems that the culprit is a point with coordinates 2,2,0 … weird.

I ran the list to 100k and it seems the only culprit is still 2,2,0. Dynamo crashes after 100k for me. This is an extremely peculiar bug

I’ve created a new issue about this.

http://dynamobim.com/forums/topic/point-in-list/ List.ContainsItem and in some situations Builtin.Contains commands are unable to distinguish between Point(0,0,0) and Point(2,2,0)