Ive been working along with @Mohammad_Nawar in this script he has provided me for clash detection. But i have the following error when it comes to the U.I dropdown Data it says as following on his script. 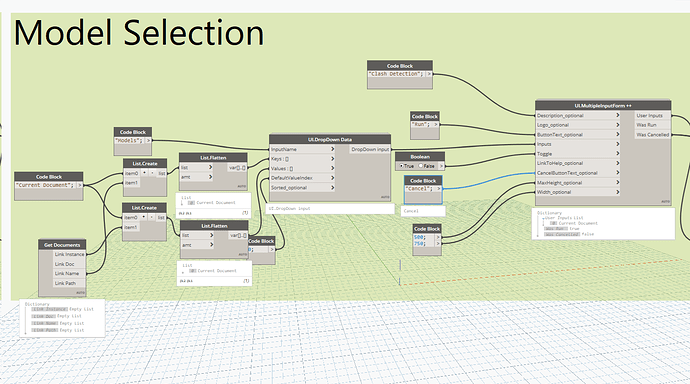 On mine on the other hand i have the following errors 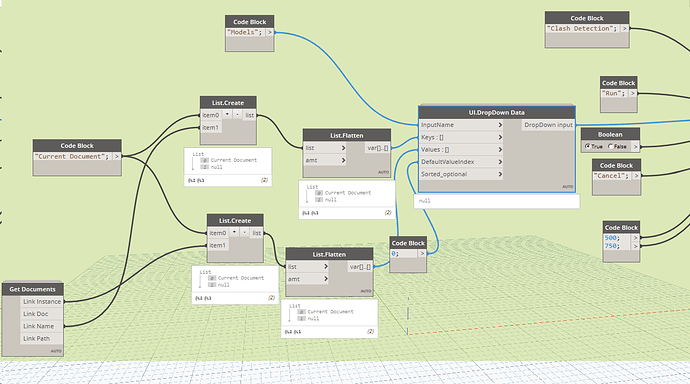 I am supposed to pick from a dropdown menu that shows as following, but in my case it never pops up to let me pick models 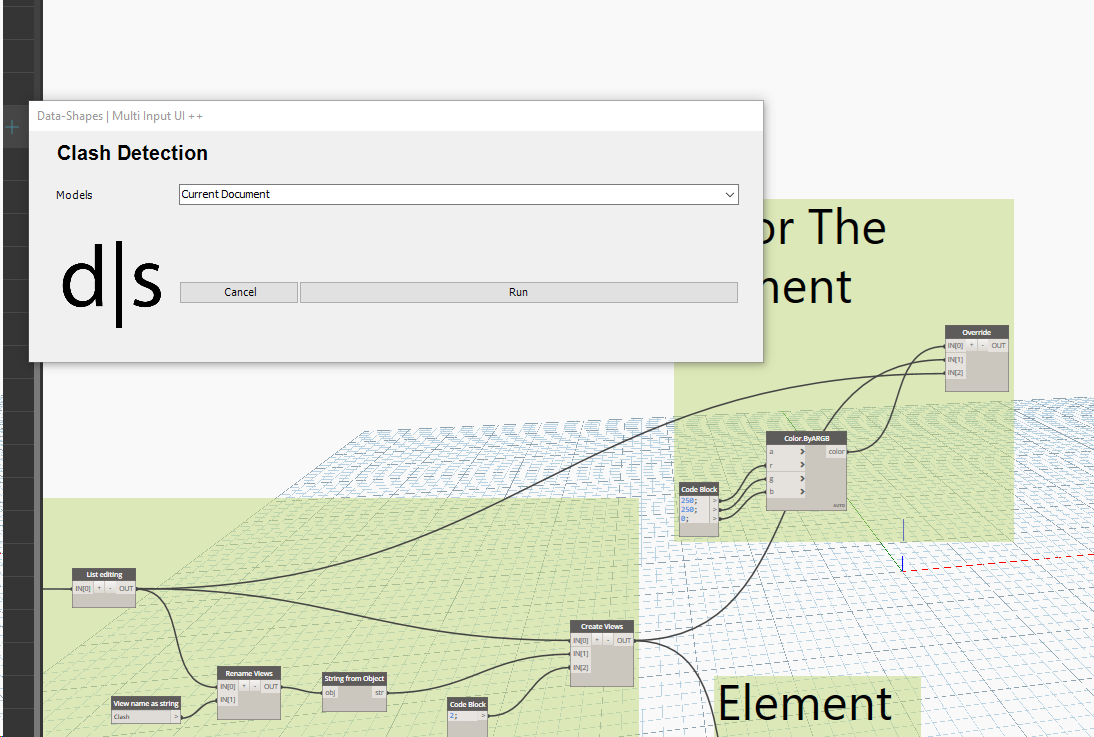 Issue appears to be with the ‘get documents’ node. Confirm you’re on the latest version of that package and then try opening the custom node, bringing the contents back into the dyn workspace, and troubleshoot the issues which will present themselves that way.

i did have an older version of Archilab which i updated, but didnt resolved the issues from the Node “Get documents”

is it still returning null for all outputs? If so provide the .rvt.

Can you precise which package you’re talking about? I have trouble making that get documents work.
Thanks!

That was a reference to the node from Archilab-Lab if I am not mistaken, though this is 2 years back at this point so I may be wrong.

I have just downloaded the archilab package and yes It worked. Thank you so much!