FamilyInstance.ByPoint is not where point is

It is a mystery to me why this is a problem, but maybe somebody can help me with this.

Then I go into a new project and draw a random model line, feed the line to my script and create a loft along the model line setting my profile at the beginning and end (I know this can be done with a sweep, but i want to eventually have two different profile types).

Anyway, everything works and looks good - until I feed the now “solid” to the FamilyType.ByGeometry and then this to the FamilyInstance.ByPoint (Point I feed is the start point of the curve) node…
Now the strange thing happens - It places the object within revit, but neither at the right location nor the right size??? As I am writing this my first Idea is … is this a Family Unit versus Project Unit problem?? But how can I feed my Family a certain unit?

anyway I will be linking a picture and the used dynamo script as well as family. If somebody wants to try it just draw a randome model line and select it in dynamo.

I would really apprechiate the help! 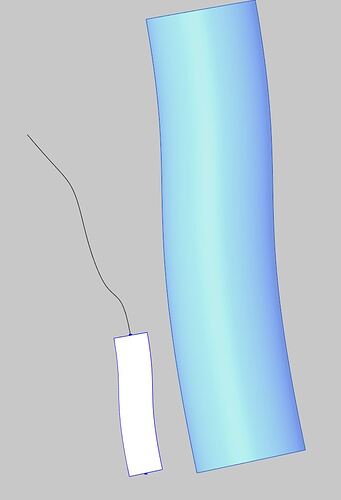 Read through this tread.

FamilyInstance.ByGeometry not working in Revit 2022 Revit

It seems this node works again in Revit 2023 but the geometry gets exported at a strange scale. Seems like 3:1.

It is most likely a unit issue. Scroll to the bottom, where I show how I scaled the geometry.

Thank you !!!
This makes a lot of sense!

FYI, I’ve also had issues with instance by point.

For some reason all of the elements are placed on wrong point and need to relocated with the set.location node using the same point for placement. Never really tried to figure out why it was happening…once i resolved theissue, i decided to move on.

This is what I ended up doing!
The only annoying part is that I am trying to automate it as much as possible and it is going to be a script which will be used very frequently and it is getting pretty big, so each step obviously takes some time …

Anyway, thanks everyone for your answeres!